From Belladonna to Sage

“From Belladonna to Sage: Plants and Beliefs in Ban de la Roche” positioned the works of Pastor Oberlin in the century of the Enlightenment, during which disease was still considered as a divine punishment.

When he arrived in Ban de la Roche in 1767, J.F. Oberlin found a region with no doctors or surgeons, where the living conditions were miserable. Very soon, the health and hygiene of his parishioners became a priority for the pastor of Ban de la Roche.

Through the herbarium boards, educational factsheets, remedy recipes, testimonies and hands-on exhibits presented in the temporary exhibition, visitors can travel back in time to everyday life in Ban de la Roche in the 18th century, when medicine sought to treat not only the body, but also the soul. 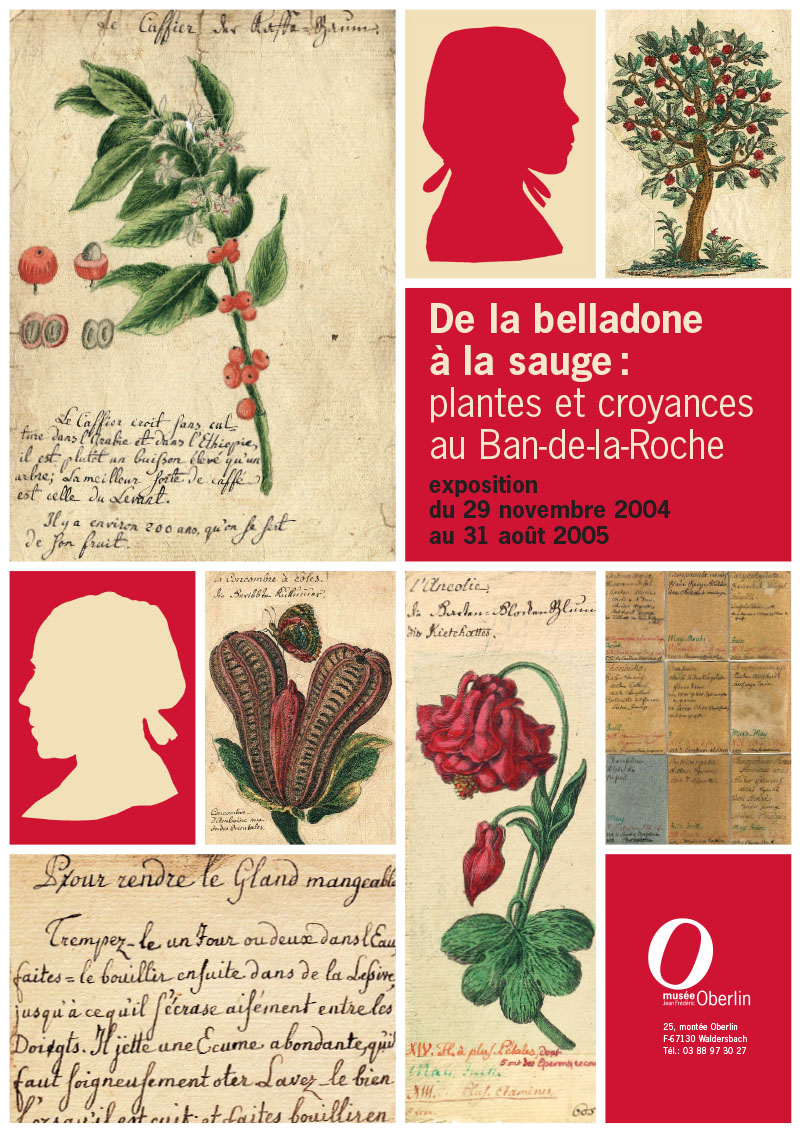